Jyri was born in 1938 in Pärnu and started his all-life sailing activities in 1953.

He was repeatedly in several classes the Estonian Champion during 1960-1970.

During 1969-1979 he won several prizes in iceboating for Europeans, Soviet Union and Estonian Champs.

He was measurer of international level and highly estimated sailmaker.For several decades he was the World Sailing Finn Class Chief Measurer.

This year President of the Republic of Estonia awarded the Order of the White Star V class to him.

During recent years he was supporting and assisting in running Monotype XV competitons in Estonia and his technical advice was of great help to Estonian Monotype-XV iceboaters.

Deepest condolences to the Family 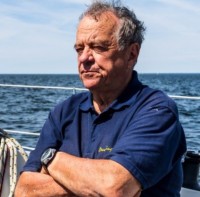